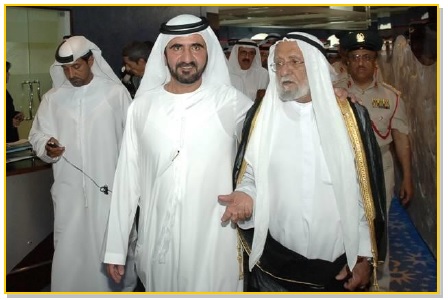 More than 30 years ago, establishing a world-renowned medical education institution for girls in the UAE would seem like an impossible dream. Yet, on August 1, 1986, our founder Haj Saeed bin Ahmed Al Lootah accomplished that very goal and classes began at Dubai Medical College for Girls (DMCG) with Professor Dr. Zahira H. Abdin as the founding dean. His visionary dream had become a reality.

During these formative years, the College received substantial professional support and advice from the Leicester Medical School in the United Kingdom and the Cairo Medical School in Egypt. This international contribution combined with the faculty's extensive experience led to the creation of an intensive curriculum that would incorporate the best of the world's medical practices.

Since its inception, DMCG has been fortunate to receive help from the government of Dubai's Department of Health and Medical Services under its former Director H.E. Dr. Juma Khalfan Balhoul. The departments hospitals opened their doors and welcomed DMCG students for clinical training. Our continued drive for excellence demands seamless integration between clinical and pre-clinical phases. In 2004, a Memorandum of Understanding was signed by DHA and DMCG to secure this process.

What we now know, as an outstanding educational institution, is a product of the cooperative solidarity of a group of people who put their heart and soul into it. Three decades of academic distinction have made DMCG a truly dynamic center of higher education par excellence.

With over 1500 graduates practicing medicine across the world and a campus that includes professors and students from over 50 different countries, DMCG has earned a reputation as one of the best institutions for medical education and a beacon of academic excellence.

In September 2022, the College ownership was transferred under "Saeed Ahmad Lootah Charity Foundation".

An evaluation team from Michigan State University, U.S.A., is sent to assess DMCG by the Ministry of Higher Education and Scientific Research of UAE. The team approves of DMCG and recommends that the College be granted accreditation.

The Ministry of Higher Education and Scientific Research of UAE grants licensure to DMCG's Degree of Bachelor of Medicine and Bachelor of Surgery (MBBCh).

The General Medical Council of Great Britain grants recognition to the MBBCh degree awarded by DMCG.

DMCG receives accreditation from the Ministry for Higher Education and Scientific Research with the recommendation of Michigan State University's evaluating team.

The World Health Organization lists DMCG in the March 2000 (7th) edition of the World Directory of Medical Schools as a recognized and accredited medical school.

A Memorandum of Understanding is signed between the DHA and DMCG for the integration of DMCG.

The first Medical Education Symposium is conducted by DMCG.

DMCG participates in the WHO EMRO regional consultation for framing regional standards for medical Education.

DMCG wins the Dubai Quality Award (DQA) in recognition of its drive for excellence and it's the first Higher Education Institute to be awarded for its quality standards.

Haj Saeed Bin Ahmed Al Lootah wins as 'the Educational Personality of the Year' from Khalifa Award for Education.